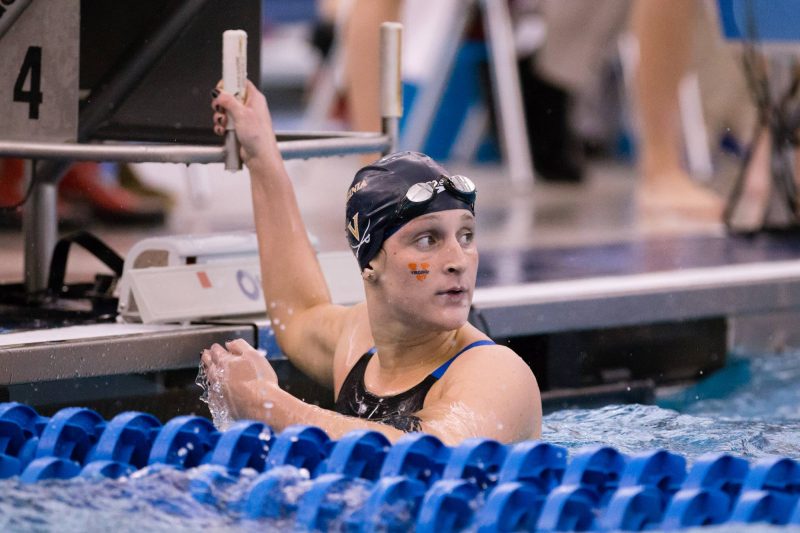 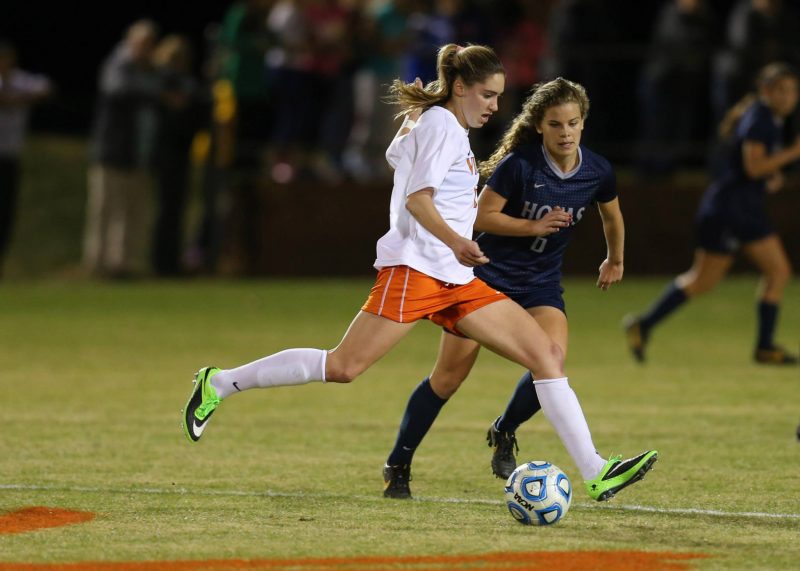 Brian has been dubbed the next arising soccer star, an idea that her lengthly resume supports. Not only has she won the prestigious Hermann Trophy that recognizes the best collegiate soccer players in the nation, she’s done so two years running (2013 and 2014), joining the ranks of few others including Mia Hamm. Her powerful drive has assisted the UVa soccer team to accomplish feats such as making Klockner Stadium a place where a Sweet 16 victory could end with a 7-0 score. 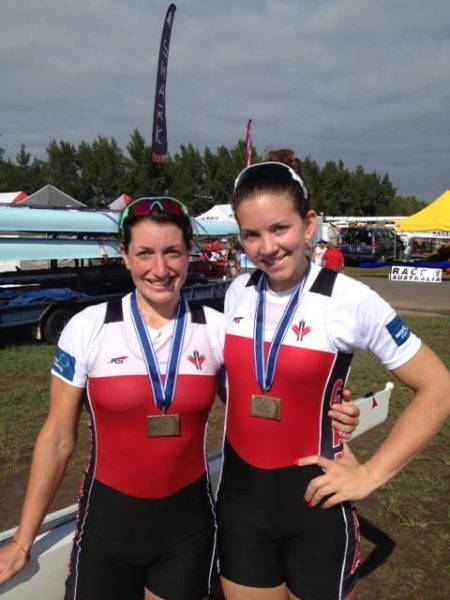 Grainger picked up a paddle just a few years before beginning her rowing career, feeling like somthing had just “clicked”. She was a part of the 2013 All-American second-team at UVa and was a driving force on the Canadian women’s eight at the World Rowing Championship, racking up three medals. 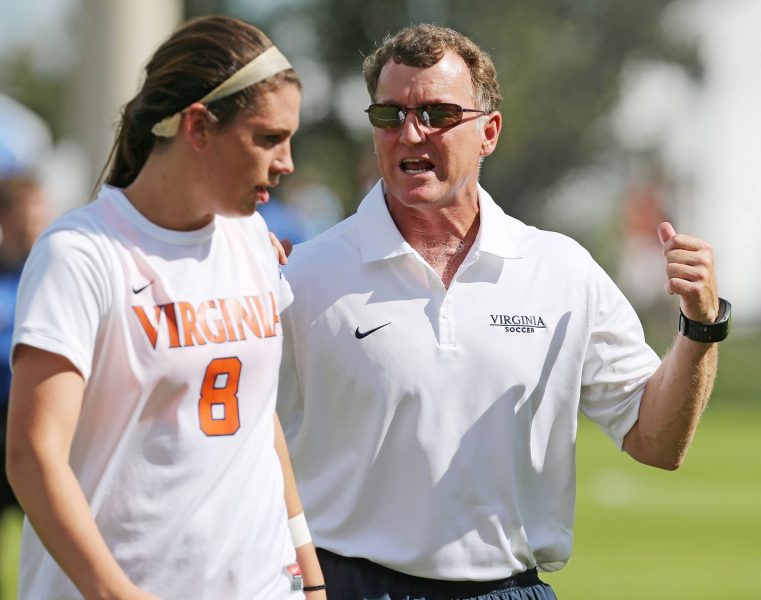 As the UVA Head Women’s Soccer Coach for the past 26 seasons, Swanson has led the team to two ACC titles, two College Cups, seven conference championships, 21 NCAA Tournament appearances, and 25 consecutive winning seasons. He previously served as the assistant coach for the US Women’s National Team, overseeing their triumphant road to victory.

Janssen will compete for the Netherlands for the second time, having previously competed in London 2012. She was a bronze medalist in the 2015 World Rowing Championships and was a part of the UVa four boat that won the 2010 NCAA Championships while setting a new record in the semifinal race. In Rio, she will again be a part of the women’s quad. 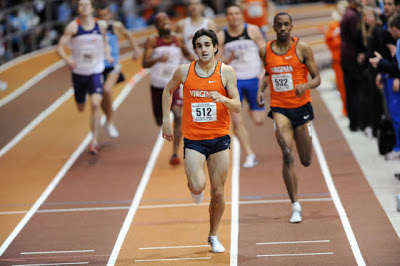 Andrews specializes in the 800 and 1500 meters, the later of which he’ll be competing in at Rio. During his time at UVa, Andrews dominated the track, taking home a 2010 NCAA indoor title and 2011 NCAA outdoor title in the 800m, two ACC Championships, and two Penn Relay Championships. In addition, he was dubbed a three-time All American and five-time All ACC Honoree. 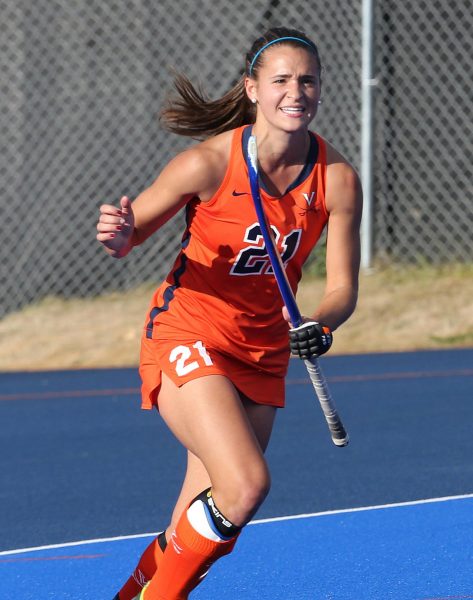 A second-time Olympic qualifier, Selenski competed in London 2012. Additionally, she has earned 137 international caps, has been part of the American 2011 and 2015 Pan American Games gold-medal teams, and was featured in ESPN’s 2015 Body Issue. 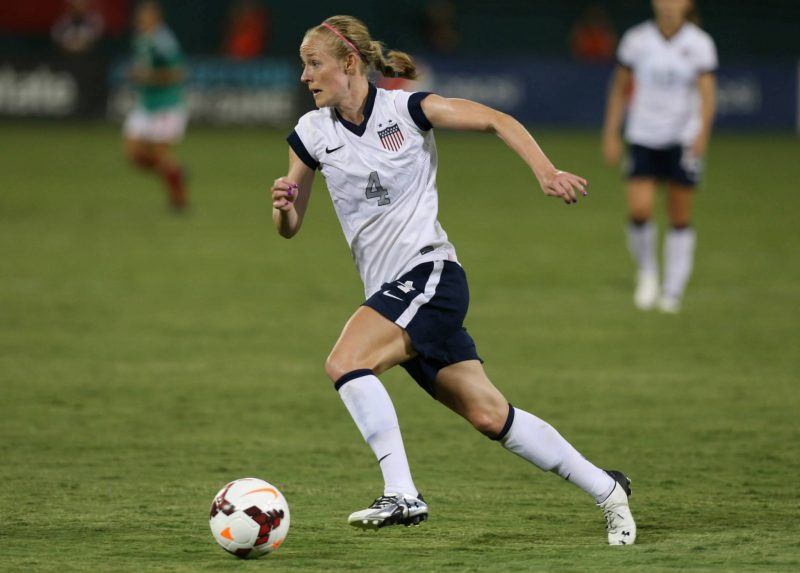 Sauerbrunn has been called the “Iron Woman” of Women’s Professional Soccer and for good reason. At her first US appearance, she broke her nose while contesting a ball in the air and still played the game following. Since then, she’s already made an Olmpic debute at London 2012 where she appeared in three matches as an alternate and competed in the 2015 Women’s World Cup where she played every minute of the game. In Rio, Sauerbrunn will be Team USA’s captain, leaving the team in good hands. 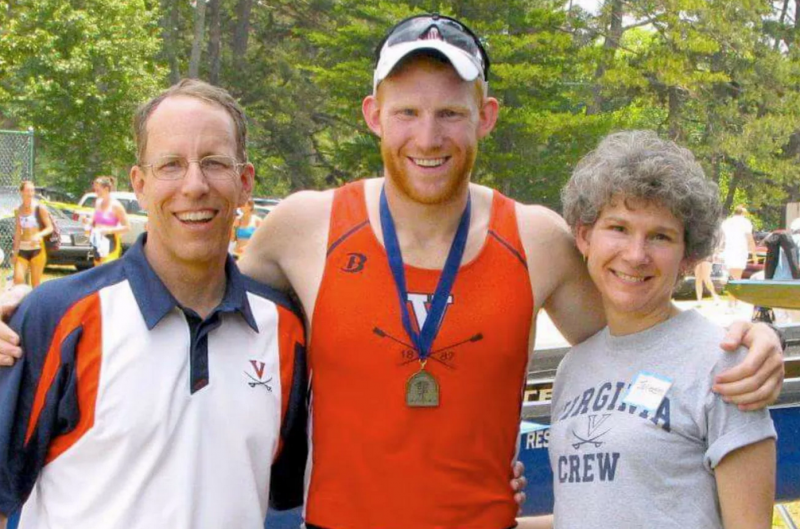 Miller began his rowing career as a First Year walk-on at UVa. By the end of his four year, the Virginia Rowing team had transformed, making accomplishments previously unforeseen. He has been a two-time member of the US men’s eight at the World Rowing Championships and will be a part of the men’s four rowing team in Rio. 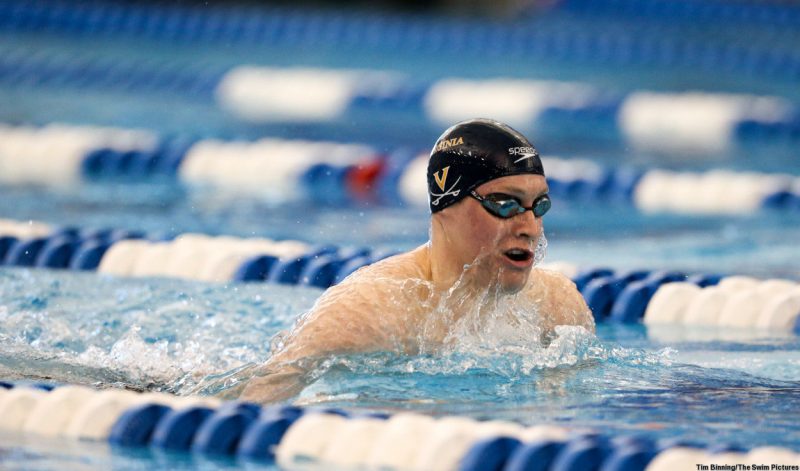 Having worn the honor of honors just last May, this Comm school grad will be competing in the men’s 100m and 200m breaststroke. Kaesar holds the Swiss national record in both 100 and 200-meter breaststroke and will be representing the country for the second time, having previously competed in London 2012. 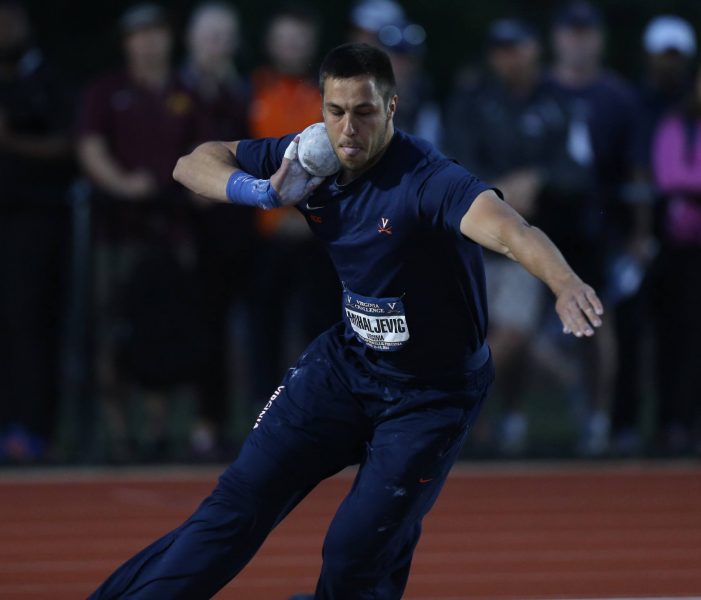 Mihaljevic has won a multitude of titles including a Bronze medal at the 2016 IAFF World Indoor Champtionships, multiple ACC thorwing titles, and qualifying for the NCAAs. He will represent Croatia this summer before coming back to CVille for his final year at UVa. 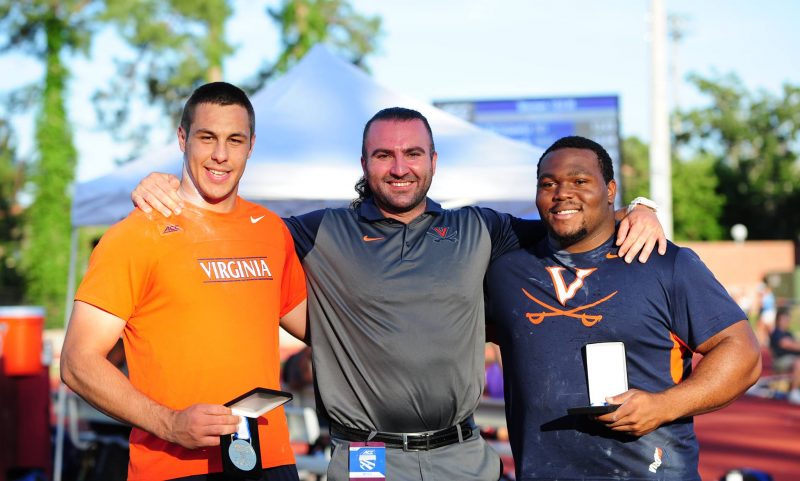 Mesic just finished his first year with the Cavalier Track and Field Program as an assistant coach, working primarily with throwers. His throwing career developed while attending the University of Florida, earning five first-team All-American titles and three SEC Indoor Shot Put Championships. He also previously represented Bosnia and Herzegovina in London 2012. While coaching, he became a mentor for Filip Mihaljevic, whom he will compete against in Rio. 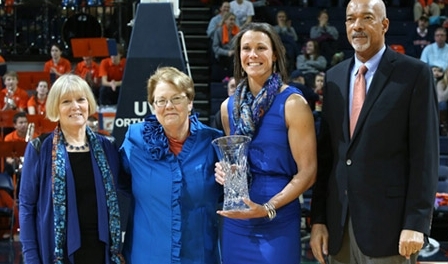 While attending UVa, O’Leary was a two-sport athlete, playing both softball and volleyball, neither of which she will be competing in! She did not pick up the sport of rowing until 2010 and only a year later was invited to train at the US Rowing National Training Center. O’Leary was selected as the 2015 honoree for National Girls and Women in Sports Day at UVa, during which she addressed the audience on being bold in pursuing excellence, a lesson that she herself certainly has learned. 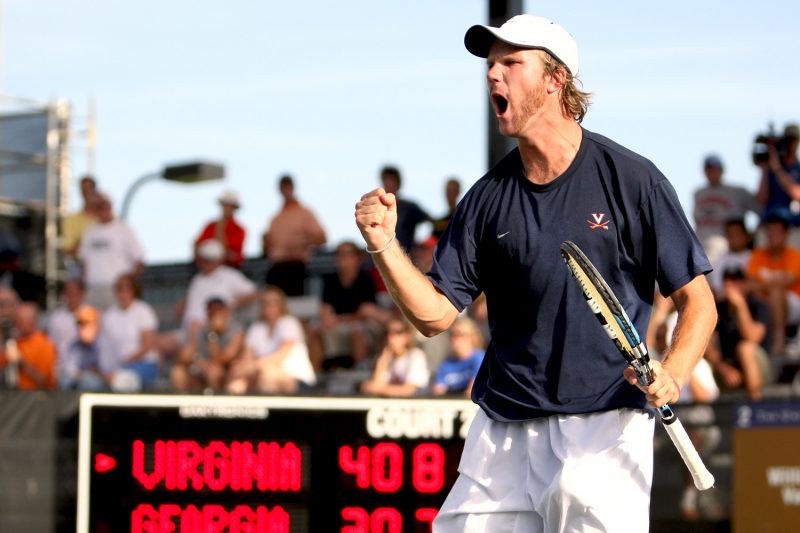 Dubbed “Dom the Bomb” for having one of the biggest serves in the game, Inglot will be representing Great Britain in the men’s doubles. Inglot has set foot on the grass courts of Wimbledon six times and was a part of the Great Britain Davis Cup team that won a World Championship. He can also been seen on the silver screens, having been a stunt-double for Paul Bettany in the 2004 film “Wimbledon.” 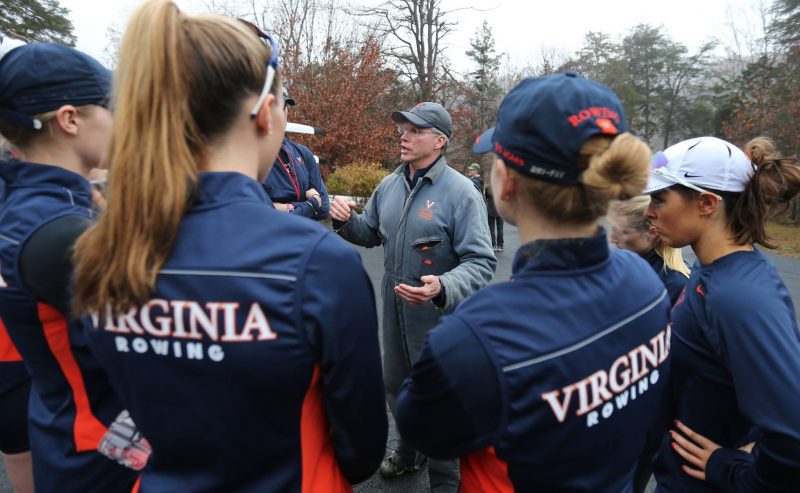 Sauer has been the head coach of the Virginia Rowing Program for the past 21 years, having led the Cavaliers to two NCAA Championships in 2010 and 2012 and 16 ACC titles over the course of his career. He has been named the ACC Rowing Coach of the Year ten times! In Rio, he will be an assistant coach for the Women’s Double, overseeing the UVa alumni Meghan O’Leary. 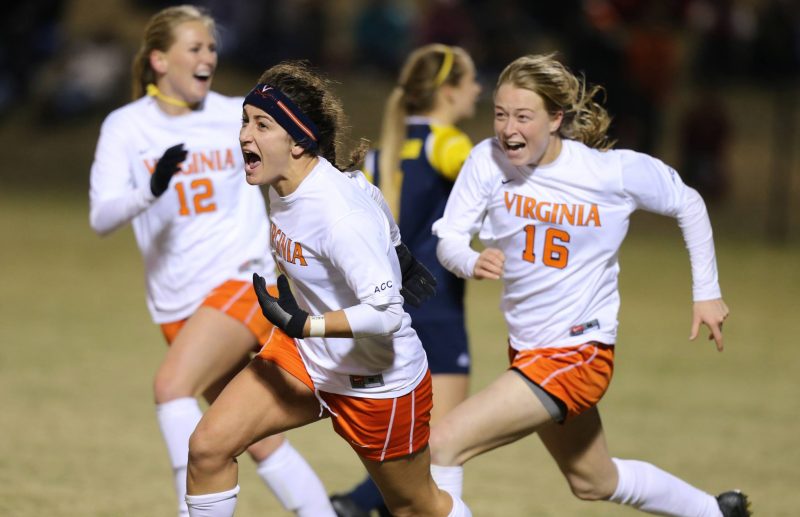 While at UVa, Sonnet earned titles such as ACC Defensive Player of the Year, First-Time All American, and was among three finalists for the Hermann Trophy. After her recent graduation, she was the first player chosen in the National Women’s Soccer League Drafts, earning herself a spot on the Portland Thorns. 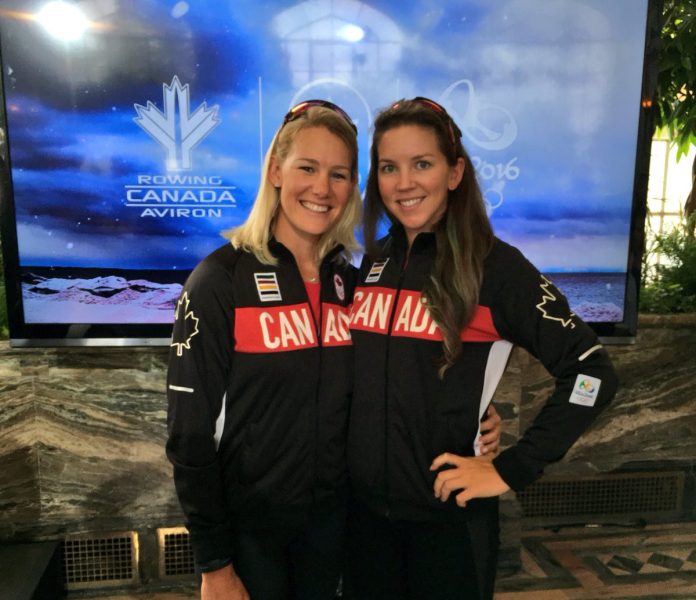 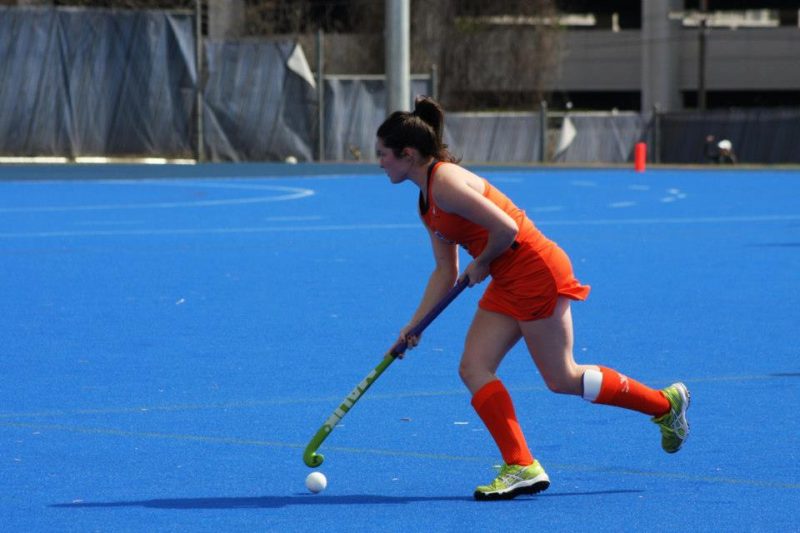 This will be Vittese’s second time representing the United States after competing in London 2012 alongside teammate Paige Selenski. In 2012, she was named the US Field Hockey National Player of the Year, having earned 150 intentional caps with the US National Team. Both of her sisters not only also share a love for the sport, but have played on the UVa field hockey team.

If you liked this post, you may also like Top 9 UVa Head Coaches and The Ultimate UVA Corner Crawl