21-time Grammy Award®-winner (and 52-time Grammy® nominee) Kanye West will return to the road this fall for THE YEEZUS TOUR – a 23-city North American tour presented by AEG Live – in support of his gold album YEEZUS, the most critically acclaimed new album of 2013 and the 6th consecutive #1 album of his storied career. West – a legendary live performer – combines state-of-the-art staging, production and lighting design with his unmatched aesthetic, visionary creative mind, and an increasingly impressive catalogue of hits spanning his decade-long career. To date, Kanye West has sold over 30 million albums and over 78 million digital tracks worldwide. 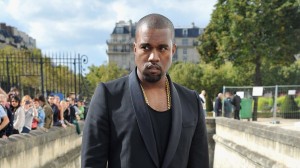 THE YEEZUS TOUR is Kanye West’s first major itinerary since his WATCH THE THRONE tour with JAY Z in 2011 – the highest grossing tour in hip-hop history – and his first solo tour since 2008’s critically acclaimed GLOW IN THE DARK tour. Recently, the Washington Post hailed West as “a visionary who’s managed to tweak the serial rhythms that dictate so much of our pop culture diet. He doesn’t do cliffhangers. He jumps off… We gasp, gawk and wonder, ‘Where will he land?’”

If you liked this article, you might also enjoy 14 Of The Coolest Things To Happen In A Restaurant.